“No, no, that was just an example. A bad example,” she said, thumping her hands on the steering wheel. “I don’t know enough about the Sidhe to really explain to you who they are or what they believe that makes them so objectionable to my father. One of the reasons I left home was because of this irrational hatred of them."

“So he hates me? Jesus, Mom, this is – I don’t know what this is,” Aidan said and gave a half-laugh. It figured that his own grandfather would despise him. “It’ll give me more incentive to find a job this summer and stay out of his way.”

Anna tensed further at his reaction and Aidan’s frown deepened.

“He’s not the only one, Aidan,” Anna said. “Most of the town is Clan so they might give you trouble, too.”

“Like the gas station attendant you claimed would warm up to us?” She shot him a hopeless look. “How would they know I was one of these evil Sidhe?” Aidan asked doing a ghostly ‘woo’ sound afterwards.

But his mother didn’t laugh. “You have a certain look. All of the Sidhe do.”

“Are all of them ugly?” Aidan asked. “Two heads? Strange growths? What?”

Anna gave an exasperated snort. “No, no, quite the opposite. They’re very stunning looking. Like you.”

“Says the mother to the son. I think you’re a little biased, Mom,” he said, glancing at himself in the side view mirror. Pale skin, big green eyes and wild red hair. Stunning? Yeah, right, Aidan thought.

“Aidan, you’re beautiful, honey. I know you don’t see it—”

“I’m not the only one who doesn’t. I wasn’t exactly grabbing the interest of hordes of people back in Chicago,” Aidan pointed out. “Matter of fact, most people thought I was a little weird, if I recall correctly, and steered clear of me.”

“You are different, Aidan, and kids don’t often appreciate difference, but in time kids grow up and recognize the value in it,” Anna said. “But what you experienced in Chicago, well, it won’t be like that on the Ridge. The people in Chicago don’t associate how you look with anything bad.”

“You’re freaking me out a little, Mom." Aidan wrapped his arms around his chest. He’d never been popular in Chicago, but he hadn’t exactly been shunned either. His mother’s statements made him think that he might be in Devil’s Ridge or worse.

As if reading his thoughts, Anna gave him a stricken look. “I just want you to be prepared if there’s a strange reaction to you. I want you to know it has nothing to do with you, but with superstition and prejudice that go back too many years to count.”

“What do you know about the Sidhe?” Aidan asked, turning to view her profile. “Why are they so disliked?”

She swallowed and slanted her eyes over at him. “I know that the Sidhe have been on the Ridge for – oh, forever, really.”

“You mean they’re Native Americans? Because I know I don’t look anything like one. Not with this fish-belly white skin,” Aidan protested, holding out his arm for her inspection.

She shook her head. “They’re not Native Americans. They actually have tales about the Sidhe from before Columbus ever thought about crossing the ocean.”

“The Sidhe predate Columbus? Who are these people?” Aidan asked, his mouth hanging open.

“No one knows. Well, maybe they know themselves, but they aren’t telling,” she said with a half-laugh. “I was only on the Ridge for a short time before we left.”

“After you adopted me?” Aidan guessed.

Anna’s eyes remained resolutely on the road and her mouth pinched together again as she answered. Aidan’s stomach clenched, because he knew at that moment that she’d left the Ridge because she’d adopted him.

“So this look thing that the Sidhe have going on, the Sidhe will notice that I look like them, too, right?” Aidan asked.

“And you’re worried about that. Why, Mom?”

“Because,” she paused and swallowed hard, “Because maybe you’ll find you like them better than you like me. After the hash Riordan and I made of your life, maybe you’ll regret you were with us instead of with them.” The words ran so fast out of her mouth that they blurred together.

“But they gave me up, Mom. They didn’t want me. You did.” He ignored the sudden stab of pain at the thought of being abandoned and focused instead on what he’d gained by being given up. He grasped her shoulder and gave it a squeeze. “I’ll always be your son, Mom. I’ll always want to be. No matter what. Okay? So don’t worry so much about nothing.”

“I couldn’t love you more if you had half my DNA, Aidan,” she said. “You’re my foundling. Remember that.” His mother gave him a tremulous smile.

He grinned back at her in return before sinking back against the hot car seat. He chewed at the pad of his thumb as he watched the seemingly endless pavement in front of them. It was half true what he said to her. Aidan loved Anna dearly, but he had also spent a lot of his life wishing he was someplace else other than with her and his adopted father, Riordan. He’d always envisioned that he was meant for something else, something far different than the life he’d lived up to that point. But it seemed like different was going to be the course of his life now.

Different? Aidan snorted. I always thought different would mean better, but now we have to live with Grandfather Patrick, a man that hates me. That's certainly different, but not better. Great.

He could never say any of these things to her. He wouldn’t want to hurt her. And besides, if he were totally honest, the likelihood of him ever getting out of this life was practically nil, so what would be the point of wishing for something else? 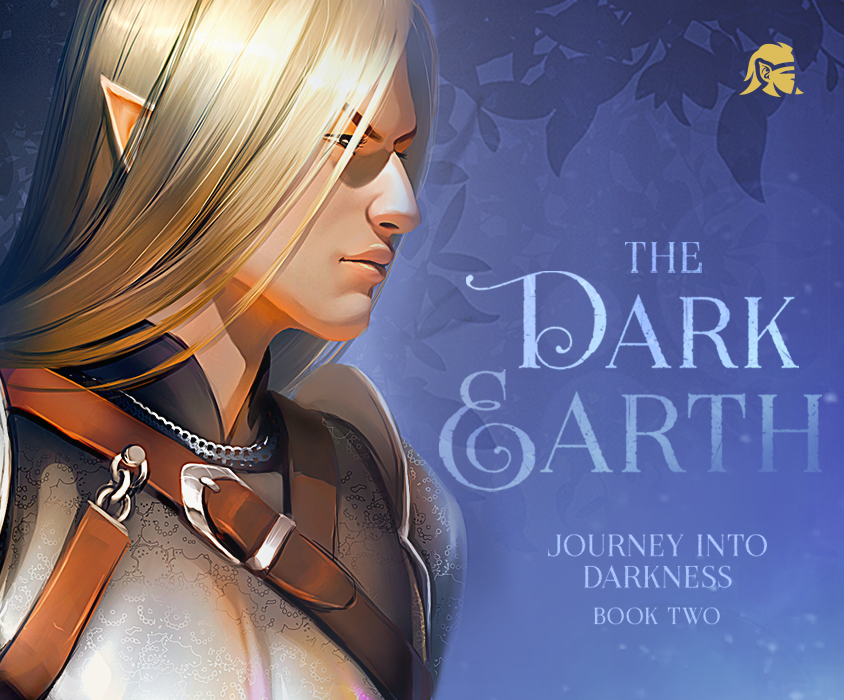